Study in Australia: How universities in Adelaide compare in university rankings

There are many reasons why you should study in Australia.  Of course, there is the beautiful landscape and amazing living environment, but ultimately if you are looking to pursue study abroad, the main factor to consider is the quality of education you are going to get. 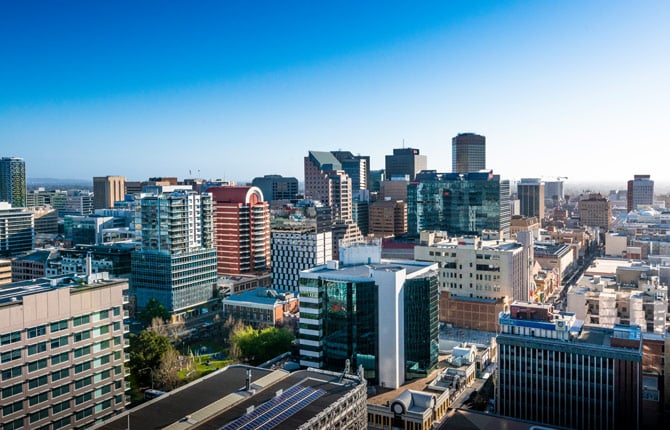 There are 1,100 institutions in Australia offering over 22,000 courses so there is no shortage of study options. Australia has a smaller number of universities (43) when compared to the UK (106) and the US (4,000+), but Australia’s universities are world-class.

As per the Times Higher Education (THE) World University Rankings 2023, Australia has 7 universities ranked in the top 100 universities in the world, including:

Of course there are other ways to compare universities other than rankings. Click here for a guide to help you choose the right university in Australia.

Over the years, 16 Nobel prize laureates have come from Australia (including 5 Nobel Laureates from Adelaide) that have made amazing breakthroughs including the discovery of penicillin, the invention of IVF, ultrasound, Wi-Fi and many more.

Where universities in Australia are located

There are excellent education providers right across Australia, with the main universities concentrated in the most populous states of Queensland, New South Wales and Victoria. Due to large populations and a large number of international students, these cities are known for their busy and fast-paced lifestyles.

Adelaide, South Australia has three public universities, and it is the only state where all of its universities appear on one or more of the major international ranking systems. Given that there are 20,000+ universities in the world, just making the list is a significant achievement.

Voted one of the most liveable cities in the world, Adelaide has a great reputation among international students. Students studying in Adelaide can also qualify for additional post-study works rights (click here to read more on post-study work opportunities in Australia).

Here is some information on the three public universities in Adelaide.

Ranked in the top 2% of universities worldwide and 23 in Australia, Flinders University has a strong name for quality and innovation in its courses. It is one of the fastest growing universities in Australia, constantly being in the spotlight for quality research where 90% of Flinders University’s research has been ranked at or above world standard in 2015 Excellence in Research Australia (ERA) assessment.

Flinders Uni has also received a 5-star rating for student-to-staff ratios in the Good Universities Guide. Conveniently they also offer on-campus accommodation, making it really accessible for students. It is also about to become more accessible with the completion of a rail link and the new AUD$1.5 billion Flinders Village project.

The University of Adelaide

Offering over 400 undergraduate and postgraduate coursework degrees and postgraduate research degrees (PhD and Masters), The University of Adelaide is one of the best universities in the world, ranked 88 out of 1,799 according to the 2023 Times Higher Education World University Rankings.

Renowned for high impact research that contribute to world challenges which deliver immense economic and social benefits, The University of Adelaide excels in multiple study fields. 15 academic subjects are ranked in the top 100 in the world by QS World University Rankings including mineral and mining engineering, dentistry, nursing, medicine, law, civil engineering and structural engineering (click here to see the full list).

Despite being one of the relatively younger universities, The University of South Australia which was established in 1991, has been making a name for itself. UniSA, as it more commonly known as, offers world-class courses in business, education, arts and social sciences, health sciences and information technology, engineering and the environment. The modern and progressive approach to study that the university takes, means UniSA has developed a reputation for innovative research. Continually excelling, UniSA is constantly growing its reputation as one of the world’s top 250 young universities, ranking at 29 in the 2021 Times Higher Education rankings.

UniSA through the Ehrenberg-Bass Institute, is ranked number one in the world for brand management. Leading global brands like Unilever, Facebook, Google, Nestle, Proctor & Gamble, Kraft Heinz, HSBC, Coca-Cola and many more use the Ehrenberg Bass Institute to provide them with evidence-based marketing.


View all News
Back to Top