Students Got Talent show winners in 2021

This major event in StudyAdelaide’s Summer in Adelaide program, showcased some incredible international student talent including contemporary and traditional vocalists and dancers, beatboxing and musicians from Malaysia, the Philippines, India, China, Iran, Indonesia and Vietnam. 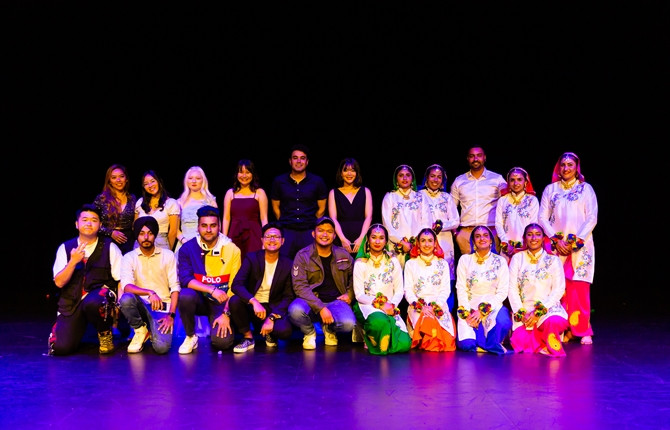 Together with the Adelaide Festival Centre we celebrate the success of the Students Got Talent show and its winners who were crowned on Saturday 13 February at Her Majesty’s Theatre in Adelaide.

First place and $5,000 in prize money was awarded to 19-year-old singer Estée Kitingan – the Malaysian-born student is studying a Bachelor of Popular Music at The Elder Conservatorium of Music at The University of Adelaide.

Estée Kitingan said she was honoured to receive the award: “Being a finalist was such a great and honouring experience! I think the best part about it was the friendships and connections I made with the other contestants. I feel very blessed to have won and my plan is to just save the money for anything that comes my way in the future.”

Hosted by Adelaide comedian, Jason Chong, the 11 finalists performed to a full house of more than 900 ticketholders at Her Majesty’s Theatre as well as national and international viewers via livestream courtesy of Adelaide Community Television Channel 44.

The audience also voted for their favourite performance with the People’s Choice Award presented to Filipino singer Marjorie Tacsanan, who won $500 after receiving the loudest cheer.

StudyAdelaide CEO Karyn Kent said “Students Got Talent was the first such show in Australia to unearth and showcase the amazing talents in the international student community. We’d like to thank Adelaide Festival Centre for creating this event and giving our students the unforgettable opportunity to perform on a major capital city stage.

“The extra step to live stream this special experience speaks volumes to their friends and family overseas that South Australia is welcoming and supportive of international students.”

Adelaide Festival Centre CEO & Artistic Director Douglas Gautier AM said the event attracted an enthusiastic crowd and buzz, “We have been proud to support international students this year by partnering with StudyAdelaide’s Summer in Adelaide program. It has been wonderful to see so many people embrace and welcome these talented international students into our community.

“We thank everybody involved and look forward to continue supporting, connecting, and uniting Adelaide’s international students through the arts and entertainment in the future.”

The livestream recording can be viewed on Adelaide Festival Centre’s Facebook page and will air on Channel 44 on Sunday 7 March at 8pm.