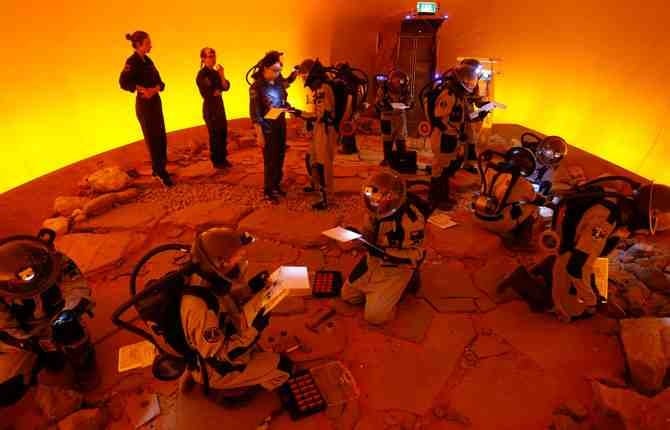 The educational program has been developed by the SmartSat CRC, a $245 million research project bringing together a consortium of 85 industry and research organisations to develop technologies to bootstrap Australia’s space industry.

Based in Adelaide, South Australia, SmartSat CRC has partnered with SA Government School Hamilton Secondary College to pilot a STEM program that brings students and space experts together to tackle the United Nation’s Sustainable Development Goals.

The United Nations identified 17 goals in 2015 to solve global challenges related to environment, climate, poverty, peace and justice by 2030.

SmartSat CRC CEO Professor Andy Koronios said the project will pair students with some of Australia’s leading space scientists to identify how satellite technologies can help overcome these global challenges.

“This joint initiative between SmartSat CRC and Hamilton Secondary College aims to make young students aware of the sustainability challenges we are facing, and the potential for space based technological solutions to achieve the goals identified by the UN,” Prof Koronios said.

“Assisted by some of Australia’s leading space experts, our young innovative minds will no doubt come up with the ideas that will enable us to use space technologies to ensure that we leave our planet in a better state than we have found it, for our sake and for the sake of future generations.”

Prof Koronios said an example was achieving the Sustainable Development Goal of universal education. He said satellite technology could provide truly universal communication and connectivity across the planet so that children in classrooms in Adelaide could collaborate with students in remote schools in real-time virtual classrooms.

The SmartSat CRC was launched by the University of South Australia in April 2019 and has been tasked with developing advanced telecommunications and intelligent satellite systems as well we helping to develop the next generation of space industry leaders.

“The SmartSat CRC is focusing on inspiring young people to pursue careers in space by building a culture of entrepreneurship and igniting a curiosity for space among students through a space-related STEM program,” Prof Koronios said.

The STEM and industry development programs are designed to link with relevant curricula in Australian schools and educational institutions to promote STEM teaching and learning through space activity.

Launched today with 300 students at Hamilton Secondary College, the program will be available to other interested secondary schools and is one of a number of such initiatives that the SmartSat CRC will offer.

Hamilton Secondary College Principal Peta Kourbelis said the program would build a culture of entrepreneurship and ignite a curiosity for space at an early age.

“With a growing space industry and increasing job opportunities, now is the time to inspire the next generation of space entrepreneurs, engineers and researchers,” Kourbelis said.

The SmartSat CRC project is the latest in a series of announcements that have cemented South Australia’s position as the headquarters for the space industry in Australia.

Late last year Adelaide was announced as the home of the Australian Space Agency, to which a $6 million Mission Control Centre for small satellite missions and an educational Discovery Centre was added in March.

South Australia has been a significant player in the nation’s space industry and is home to major Tier 1 defence companies and several emerging space startups, including Fleet Space Technologies, Inovor Technologies and Myriota, which have all announced new IoT initiatives this year.

Last December Southern Launch also announced it would establish a launch facility on Eyre Peninsula, in the state’s west.

The South Australia Space Industry Centre, launched in 2017, has been instrumental in helping establish the space sector ecosystem in the state and reports that there are more than 70 companies employing 800 people in the industry in South Australia, including Italian space company SITAEL.