Finish him: Mortal Kombat post-production work to be centred in Adelaide 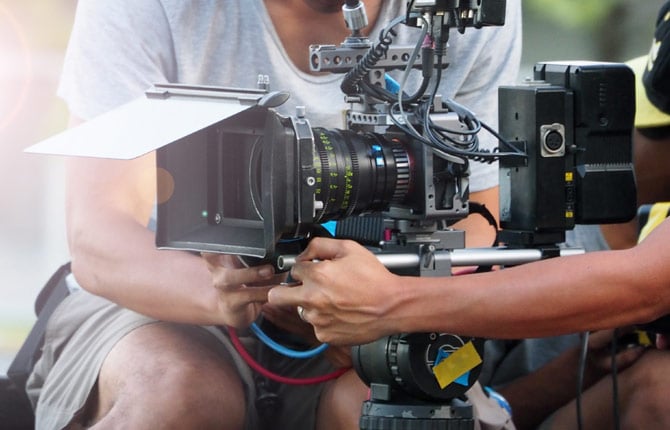 Internationally renowned and Adelaide-based post-production houses Rising Sun Pictures, Mill Film, KOJO, Resin and Artisan Post Group, have all been contracted to work on the film in 2020.

The film, which was shot in Adelaide last year, will be distributed by Warner Bros Pictures and is slated for worldwide release in January 2021.

The South Australian government attracted Warner Bros to Adelaide for Mortal Kombat with its 10 per cent Visual Effects, Digital and Post Production (PDV) rebate, a discount it enacted in 2018 as an incentive to bring major films to the state.

The PDV rebate is calculated at 10 per cent of gross spend in South Australia and can be combined with federal rebates of up to 30 per cent to create one of the largest and most reliable rebates worldwide.

Mortal Kombat producer E. Bennett Walsh said the high quality of local input during the filming in Adelaide also helped in the decision to hire local companies for the PDV work.

“The standard of work completed by these companies, and all South Australians who have worked on Mortal Kombat, will attract more Hollywood productions to jump across the pond and see what SA has to offer,” Walsh said.

“We are thrilled to continue our relationship with South Australia moving into post-production with five local visual effects studios.”

The production work is expected to employ 180 people at the five studios across Adelaide, including two established studios, an international company based in Adelaide and two startups.

Effects work will be done at acclaimed Rising Sun Pictures, which has contributed visual effects to more than 120 films, including Captain Marvel, Dumbo, Thor: Ragnarok and Game of Thrones, as well as studio veteran KOJO, which has worked on films including Top End Wedding and Hotel Mumbai.

The international post production firm is Mill Film, a subsidiary of French company Technicolor, which was attracted to set up a large office in Adelaide because of the PDV rebate.

The company is building a workforce of 300 creatives and recently collaborated with Technicolor partner MPC to deliver 443 shots for the 2019 Dora the Explorer film Dora and the Lost City of Gold from Adelaide.

“The work that will be created for Mortal Kombat by these five companies will serve to strengthen our reputation globally, ensuring that South Australia can continue to attract more high value international productions,” Croser said.

As well as Mortal Kombat, the South Australian Film Corporation has produced and facilitated dozens of successful movies including I AM MOTHER, Rabbit-Proof Fence, Wolf Creek and Storm Boy.