A mining company looking to become Nigeria’s first integrated steel producer will move its head office to Adelaide, South Australia in May 2020. 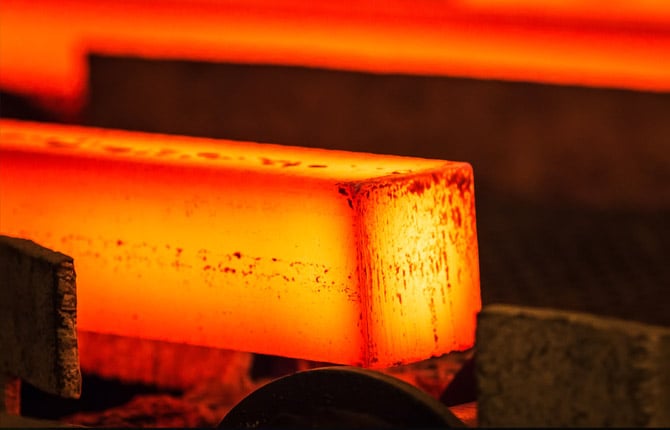 ASX-listed company Kogi Iron Limited has been working on a plan since 2012 to establish an open pit iron ore mine in Kogi State using Australian expertise. But the fall in the iron ore price in recent years has caused the company to pivot from an ore exporter to a steel billet producer with a cast steel feedstock plant in Nigeria to supply local industry.

The appointment of Adelaide-based managing director David Turvey and Chairman Greg Boulton in the past 18 months has been the catalyst behind the company’s relocation to South Australia ahead of the project’s next stage.

Its administration, secretarial functions and registered office will move from Perth, Western Australia, to Adelaide, South Australia from 1 May 2020.

The company aims to raise about $13 million (US$8 million) following the COVID-19 crisis to fund a feasibility study to advance the Agbaja Cast Steel Project, which has been declared a “Project of National Significance” by the Nigerian Government.

According to International Monetary Fund statistics, Nigeria is Africa’s largest economy and No. 26 in the world.  However, despite having a population of almost 200 million, Nigeria does not produce its own steel and relies on imported scrap steel to fuel its construction industry.

“That’s why this project using its own iron ore and producing an intermediate product called billet, the market entry strategy is to substitute that against scrap,” he said.

“This is an import replacement project and that is why the government is supporting it because there is no other integrated steel producer in Nigeria.

“I’m not looking at going into finished product, which would be in competition with the existing manufacture structure – in effect they are the customers for this material.”

Kogi’s 100 per cent owned Nigerian subsidiary KCM Mining Limited has a total of 145sq km across four mining leases and one exploration lease in the Agbaja Plateau region of Kogi State in Southern Nigeria.

The Agbaja Project will potentially produce 1 million tonnes of cast steel feedstock a year using the locally-mined iron ore and Nigerian coal. When fully operational the project is expected to create more than 1,000 direct jobs.

Turvey said the Nigerian Government was focused on developing new industries to reduce its economy’s reliance on oil production amid falling global prices.

He said the project also had a strong environmental, social and governance (ESG) focus, which was particularly important for the plateau communities in Kogi State.

“A feasibility study is required at a commercial or pilot scale to prove that it’s bankable and can be done using simple technologies and that’s the backbone of the study,” Turvey said.

“By the end of June 2021 there will be an independently produced and auditable financial model subject to me putting $8 million bucks in the bank and being able to spend it.”

The project has a 3-5 year timeline with major joint venture and equity partners required after the feasibility study is completed.

The company’s chairman is Greg Boulton, who is based in Adelaide.  Boulton sits on the boards of Statewide Super, KI Plantation Timbers and Southern Gold and was President of the Port Adelaide Football Club from 1992 to 2008.

In an update to shareholders this month, Boulton said he was confident Kogi Iron had taken appropriate measures to weather the COVID-19 storm and was well positioned to grow the business in Nigeria.

“We will continue to be prudent with our expenditure during these times of volatile markets and restricted activities, then look to emerge with renewed momentum and clear priority on commercial drivers and an ESG approach to business.”

Kogi Iron Limited has a market capitalisation of $24 million.